How a Single Mom Became a Self-Made Entrepreneur

*This blog originally appeared on eBayinc.com 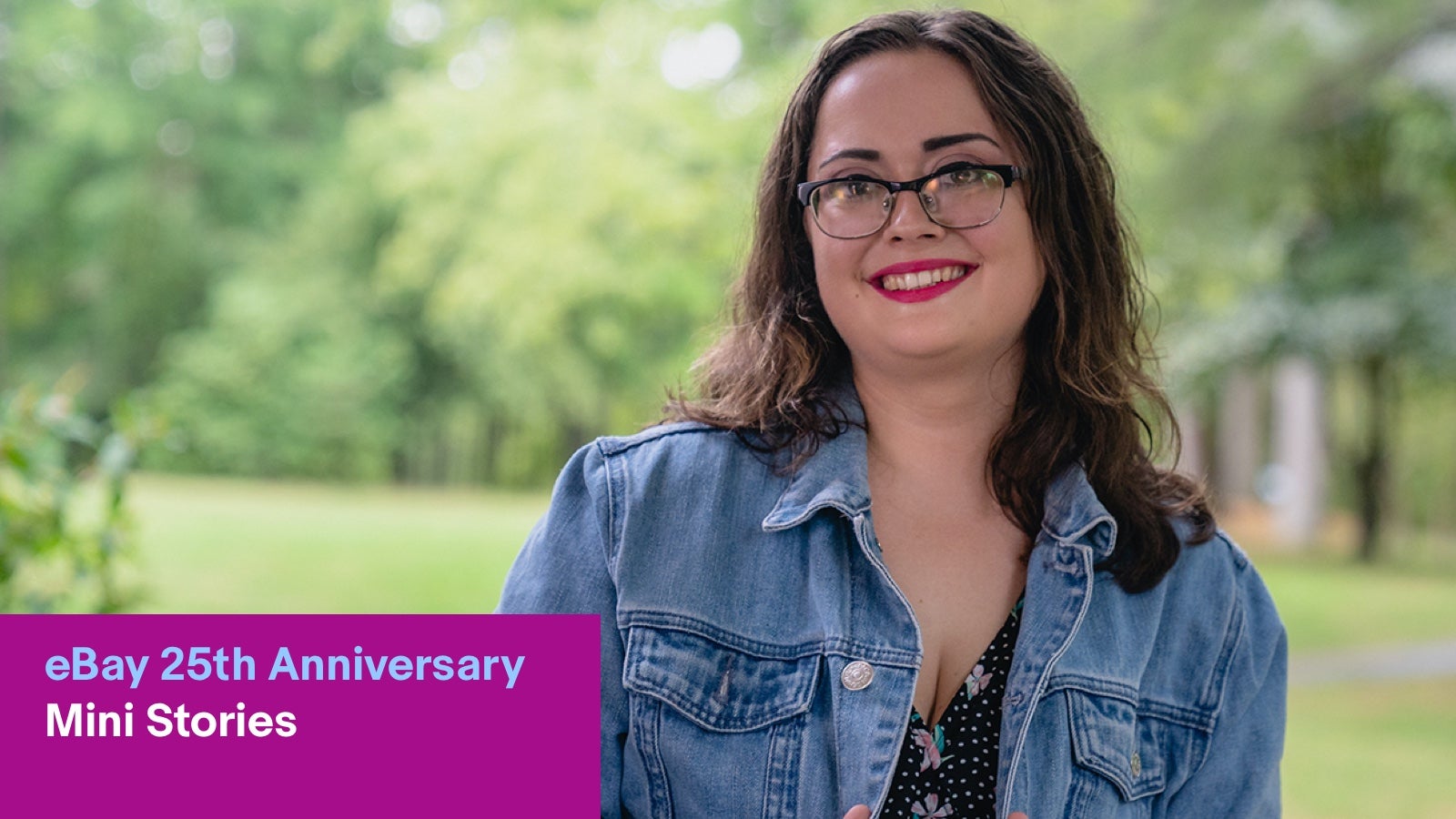 Editor’s note: In celebration of eBay’s 25th anniversary, we’re spotlighting a seller every week from our global community in our Mini-Stories column.

Keeley Wamback has cherished every special moment and milestone of her daughter’s first few years of life. “From getting to witness her first steps to potty training and just being present, that has meant so much to me,” said Keeley. After becoming a single mother to her six-month-old daughter Hazel in 2017 when she and her fiancé broke up, Keeley immediately looked for a way to both provide for her daughter while staying at home. “eBay gave me the flexibility I really needed,” she recalled.

Keeley had always enjoyed thrifting during her college years, spending weekends trawling thrift stores with her mom, shopping for baby gear when she was pregnant then progressing to women’s clothes and accessories. She started putting a few items from her own closet online, and when she noticed things were selling, she decided to launch her own eBay store Keeksboutique in 2014. 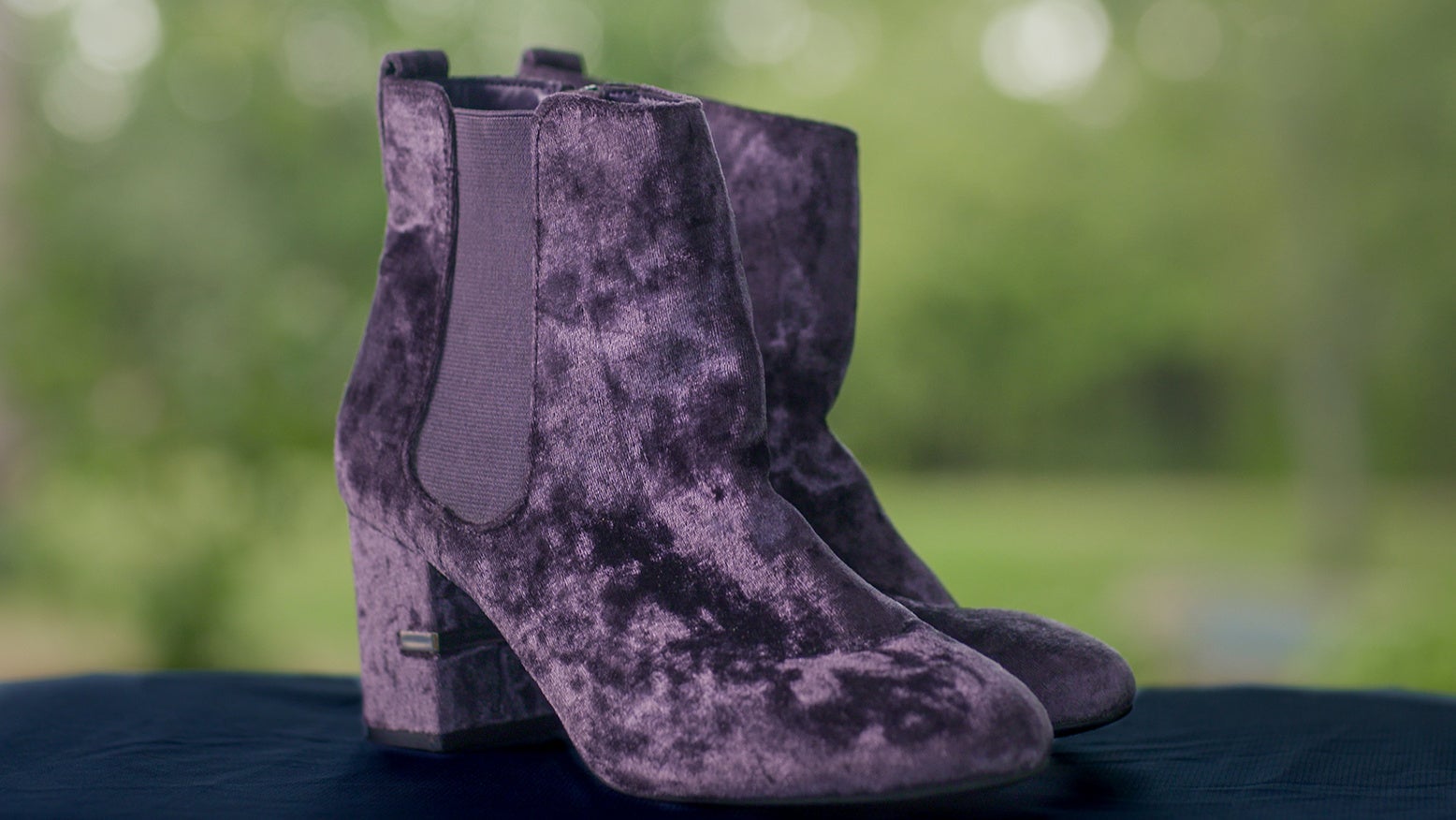 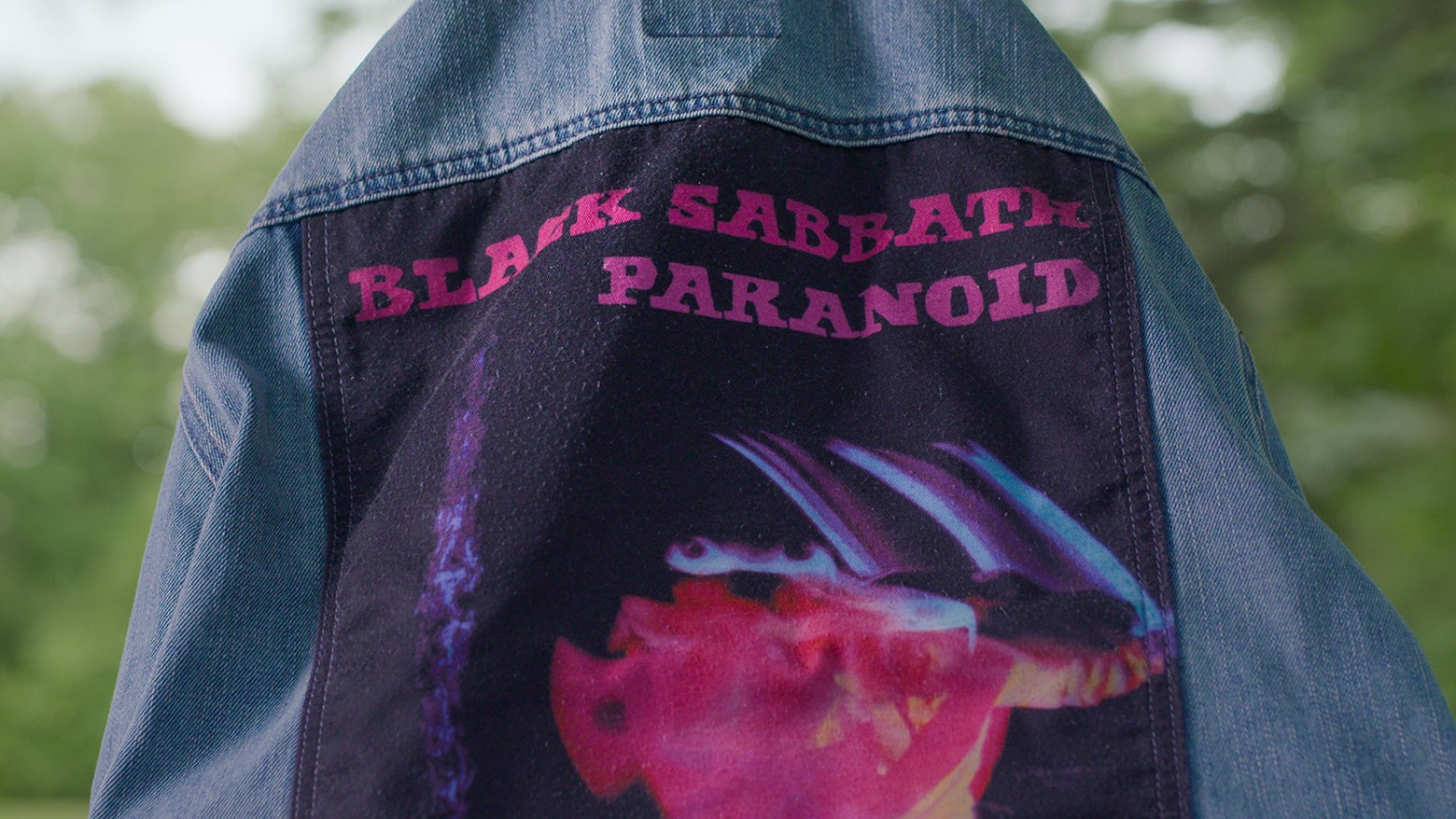 Keek’s Boutique specializes in pre-loved clothing and accessories sourced from local thrift stores and passed down from Keeley’s friends and family, as well as Hazel’s past-seasons’ clothing. Just in the past three years since opening, Keeley has grown her offerings to over 1,000 pieces of sourced inventory and her store listings have recently expanded to offer vintage items, streetwear and jerseys. “I recently sold a Chicago Bulls jersey for $150 in just a few minutes! I really love selling jerseys; it's just so fun to research something that I know very little about and make a profit,” she said. “I'm working on trying to get into trading cards, which I now see is a huge market.”

With her store offerings expanding and her growing secondhand collection, Keeley has moved operations to a trailer home behind her grandparents’ house, 40 minutes from her own home in Bridgewater, Nova Scotia. The added space gives Keeley the necessary room to comb through and organize her inventory. “I've taken over the entire house. I keep unlisted things in the kitchen, I take my photos in the living room and I keep my sneakers in the bedroom,” said Keeley. 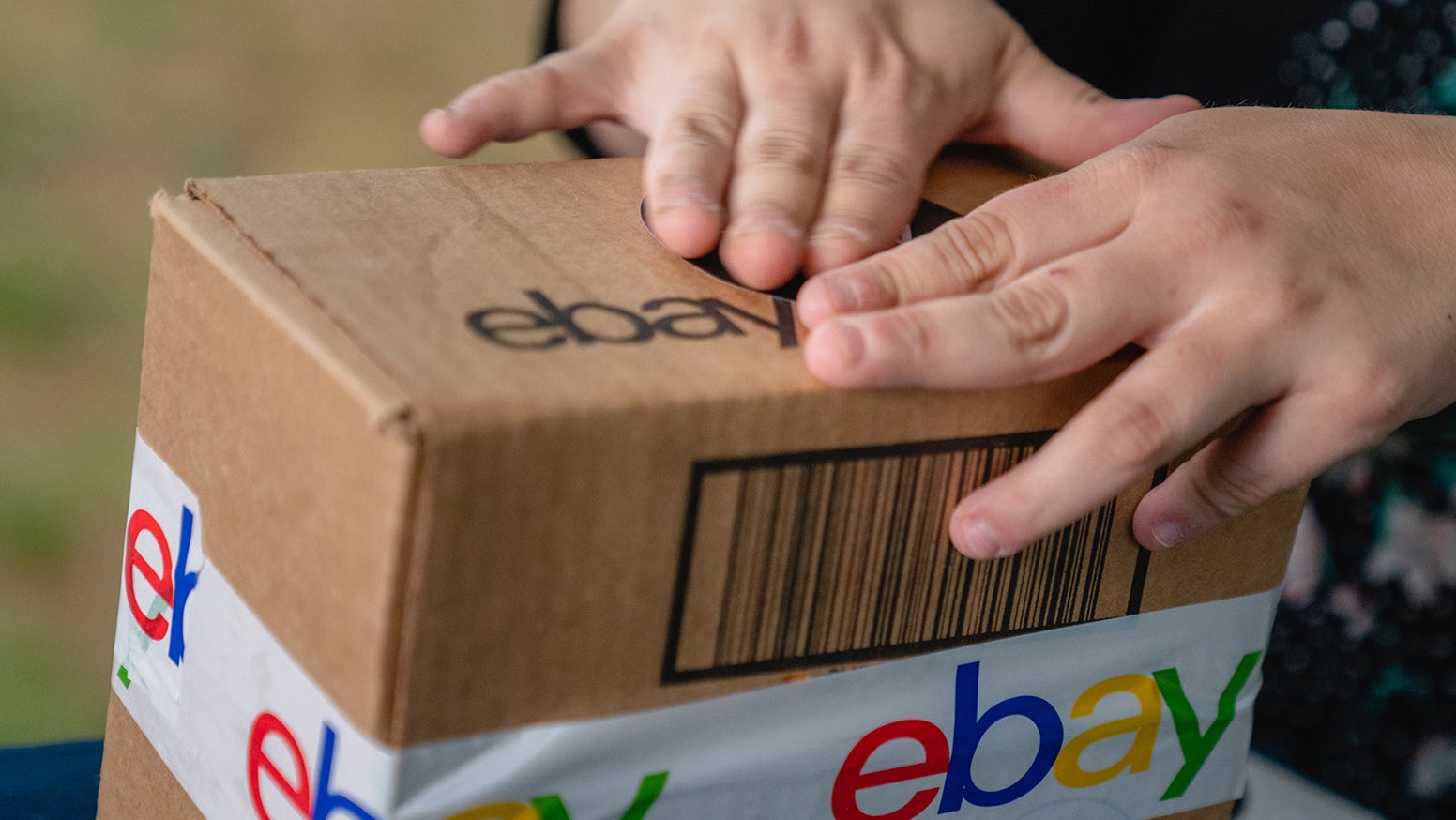 Though Keek’s Boutique sells primarily to customers in greater Canada and the U.S., Keeley  has also seen occasional business from customers in Japan. In order to stay competitive among other Canadian sellers, Keeley regularly conducts market research to stay on top of pricing. “I'll go onto eBay and search ‘sold and completed items,’ and then I'll see what other people in Canada are doing because I want to compete with the best.”

Now an established seller on the platform, Keeley credits a portion of her success to the skills and connections she made from eBay’s Retail Revival program in 2019. Aimed at training local business owners on how to sell their unique inventory on the global marketplace, Retail Revival helped Keeley strengthen her ties within the local business community. “Just the networking alone was invaluable,” she said. “Getting to meet entrepreneurs from over 60 other businesses helped to create lifelong friendships with people that I'm still in touch with today.”

Along with meeting like-minded entrepreneurs, Keeley has also had the pleasure of getting to know her customers on a personal level. One of her favorite stories while selling on the platform was during her first year as an online seller. When a customer sent her a lowball offer that she first ignored, Keeley reconsidered when the customer followed up with a personalized message. “She ended up making a $300 order of approximately 20 pieces,” said Keeley. She then noticed that the clothes the woman had purchased would probably fit a teenager, so thought she might be a single mom, like herself. “It turns out she was and had just remarried! She was looking to buy some clothes for her daughter before sending her off to college, and I clicked with her immediately,” she said.

The two women have since become friends on Facebook and continue to stay in touch. “It means a lot to me to be able to have these things and to give back to someone else, because it's not always about the profit,” said Keeley. “To be able to brighten somebody else's day just feels really good.”

In addition to the connections she’s built, Keeley’s favorite part about selling on eBay is ability to shape her own schedule. “The best part of being an eBay seller is the freedom the platform gives you,” said Keeley. “I can run my business anywhere I want and at the hours I choose.” When Hazel was still an infant, Keeley would start work after her daughter went to sleep most nights. “I would work from 8:00 pm to 3:00 am, and that was fine because I only had to answer to myself. I still had to meet my shipping requirements, but I could make my own schedule,” she recalled.

Her flexible schedule also allowed Keeley to take her daughter along on shopping trips at local thrift stores. "I would put her into the stroller and hand her some random toy that we found inside,” she recalled fondly. “I’d be going through the racks, and I would have the umbrella part open on the stroller, just placing all the clothes on top."

Having her eBay business ultimately also provided Keeley with the experience needed to supplement her income when the COVID-19 pandemic hit and her sourcing slowed. Now a full-time sales representative, Keeley’s additional income helps supplement her eBay business through the pandemic. “When thrift stores closed, I was freaking out,” she recalled. “The idea of being isolated in my house and not being able to work like I'm used to terrified me. So I decided to get out of the house, help my community, and for that to have turned into a full-time salary position is just so cool. Before, I never would've had the confidence to think that I could do something like that, but with eBay on my resume, it was a no-brainer.”

Working multiple jobs to support her daughter during the pandemic is a testament to Keeley’s resilience as an entrepreneur and mother. In October, Keeley was recognized in eBay Canada’s Hall of Fame, which celebrates passionate entrepreneurs from coast to coast that exemplify the spirit of eBay. “They only picked 25 people in the country, and for me to be one of them blows my mind,” said Keeley. “It means so much to me, and I can’t wait for my daughter to get older and to be able to show her what I accomplished when she was a toddler.” 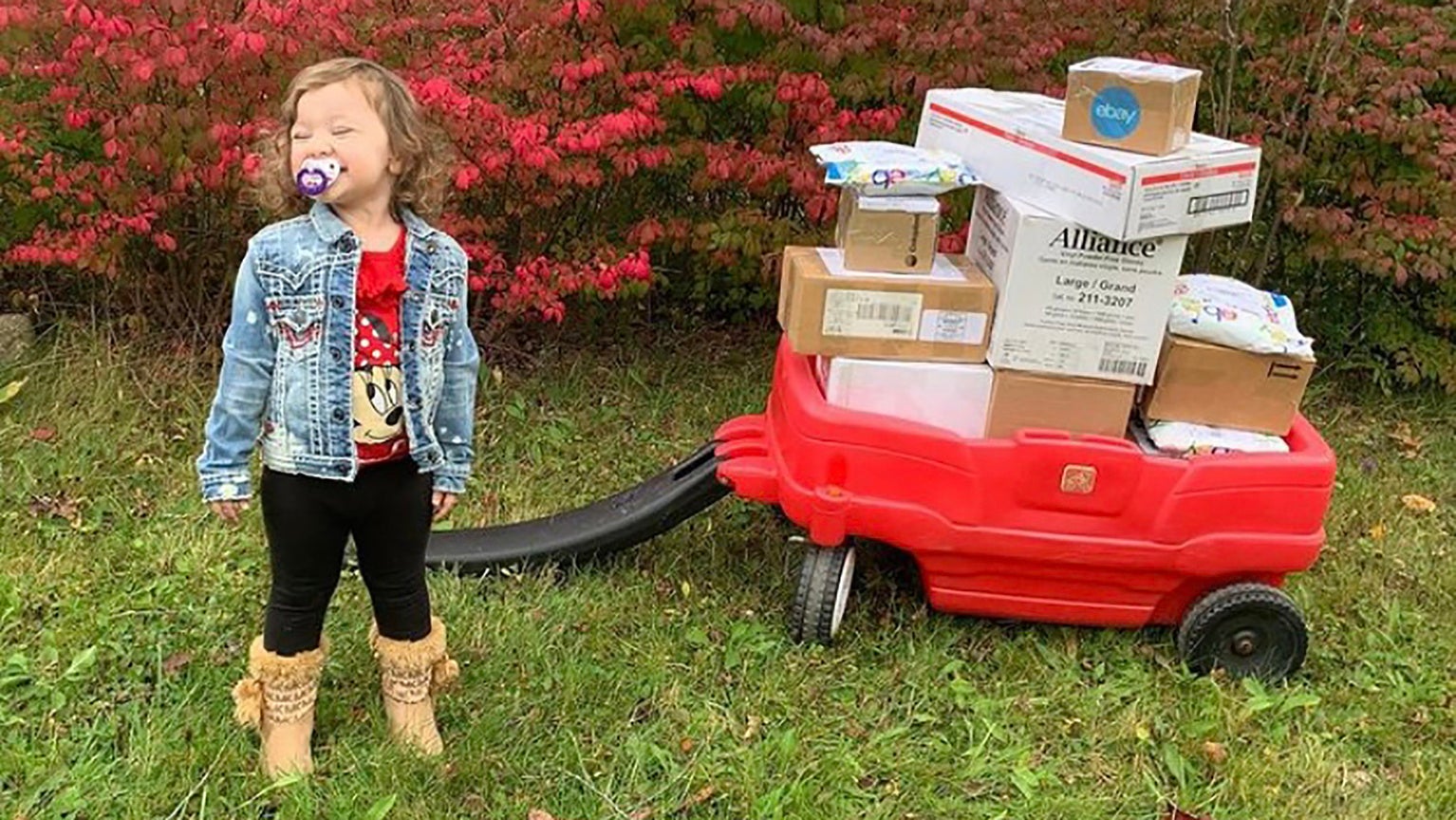 Indeed, Keeley is proud of all that she’s been able to accomplish and delighted to have created space to spend with her daughter while still working full time. When asked of the career advice she would give to her daughter later in life, Keeley said, “Go for it! You don't want to have any regrets thinking ‘what if,’ so you need to take full advantage, be in the present and get it done. As a single mom from such a small town, I never thought I could make something that would impact my daughter’s and my life in such a beautiful way,” she said. 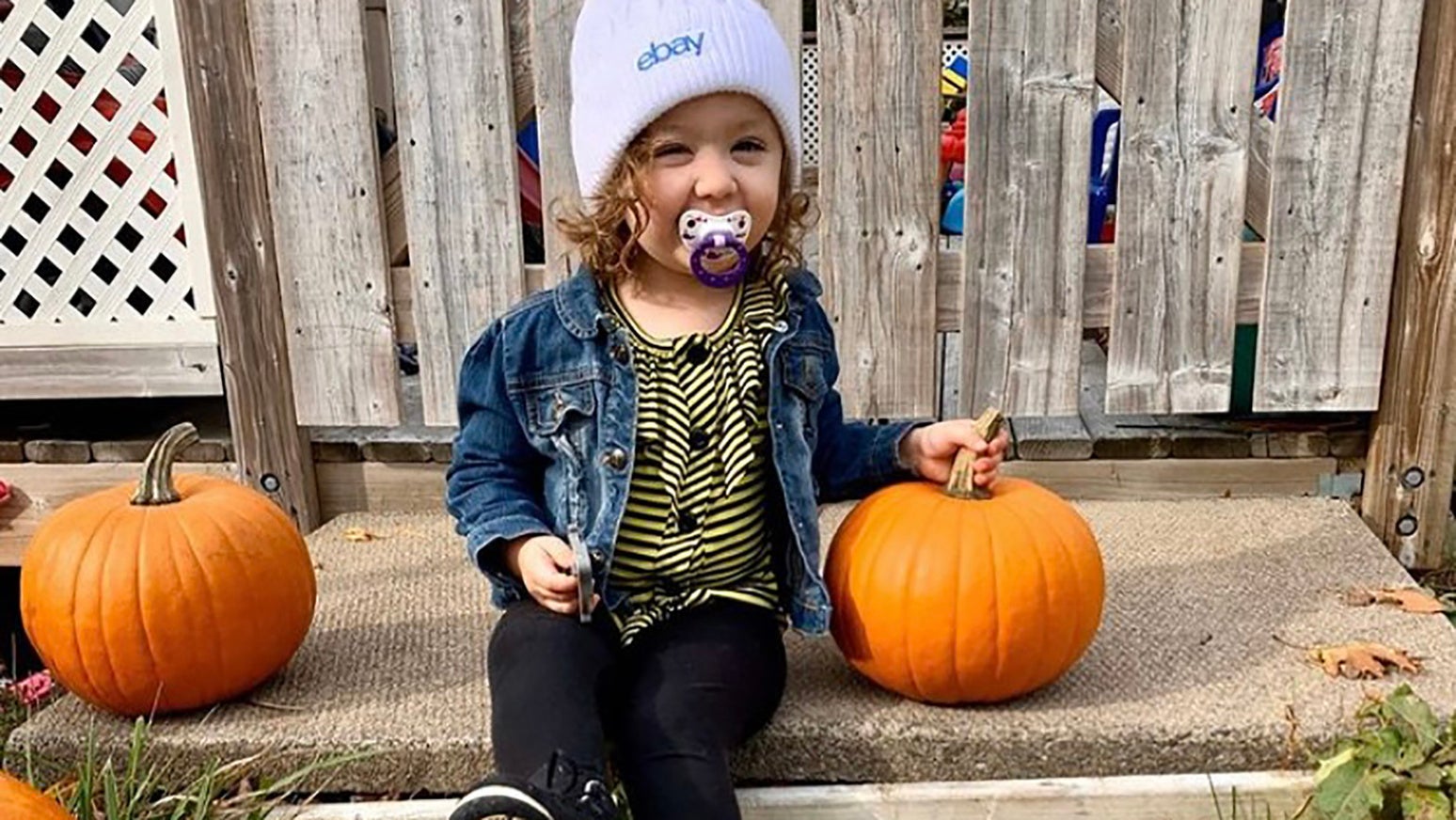 Looking back, Keeley credits eBay for helping her to become the self-made entrepreneur she is today. “Getting out of a relationship and starting fresh, I really needed to believe in myself,” said Keeley. “eBay has paid my bills for the last three years. It’s allowed me to be there for my daughter. It’s allowed me to provide a quality of life I didn’t think was possible. That’s so empowering.”

Empowering entrepreneurship and creating economic opportunity for all has been our philosophy at eBay since we were founded 25 years ago. Our marketplace has been enriched by the hundreds of thousands of independent small businesses and entrepreneurs worldwide. We win when they do. Learn more about how we partner with our sellers.

House, Senate and Gubernatorial updates from across the country.

This program is exclusively for businesses with 20 employees or less & sole proprietors.

At roughly a minute, each episode provides an update on eBay’s Global Advocacy Work.