During the second half of November, eBay launched a petition with our European seller community regarding the Digital Services Act (DSA) to urge policymakers to protect sellers’ rights as entrepreneurs. The petition was signed by 9,857 eBay users, representing 8,230 European small businesses.

This initiative emerges from the open letter that our company signed in September, alongside 10 other online marketplaces, in which we urged policymakers to preserve the horizontal, proportionate and balanced approach of the Digital Services Act as it had been proposed by the European Commission. Sector-specific amendments proposed by policymakers would in fact take this legislation in a different direction, which could have unintended negative consequences for certain online business models. These would impose far-reaching due diligence obligations and a disproportionate liability regime specific to online marketplaces, separate from that of other online intermediaries, ultimately hurting the European small businesses we host.

Although these sellers across our marketplace are generally small in size, they make significant contributions to the EU economy and should be at the forefront of the debate. For that reason, we organised this petition initiative and collected signatures from our European seller community, which we sent to key policymakers, ahead of the European Parliament vote on the DSA – expected in the coming weeks – and of the next trilogue negotiations to be held among the three EU institutions (Commission, Council and Parliament) aiming to agree on a final text for the Digital Services Act. 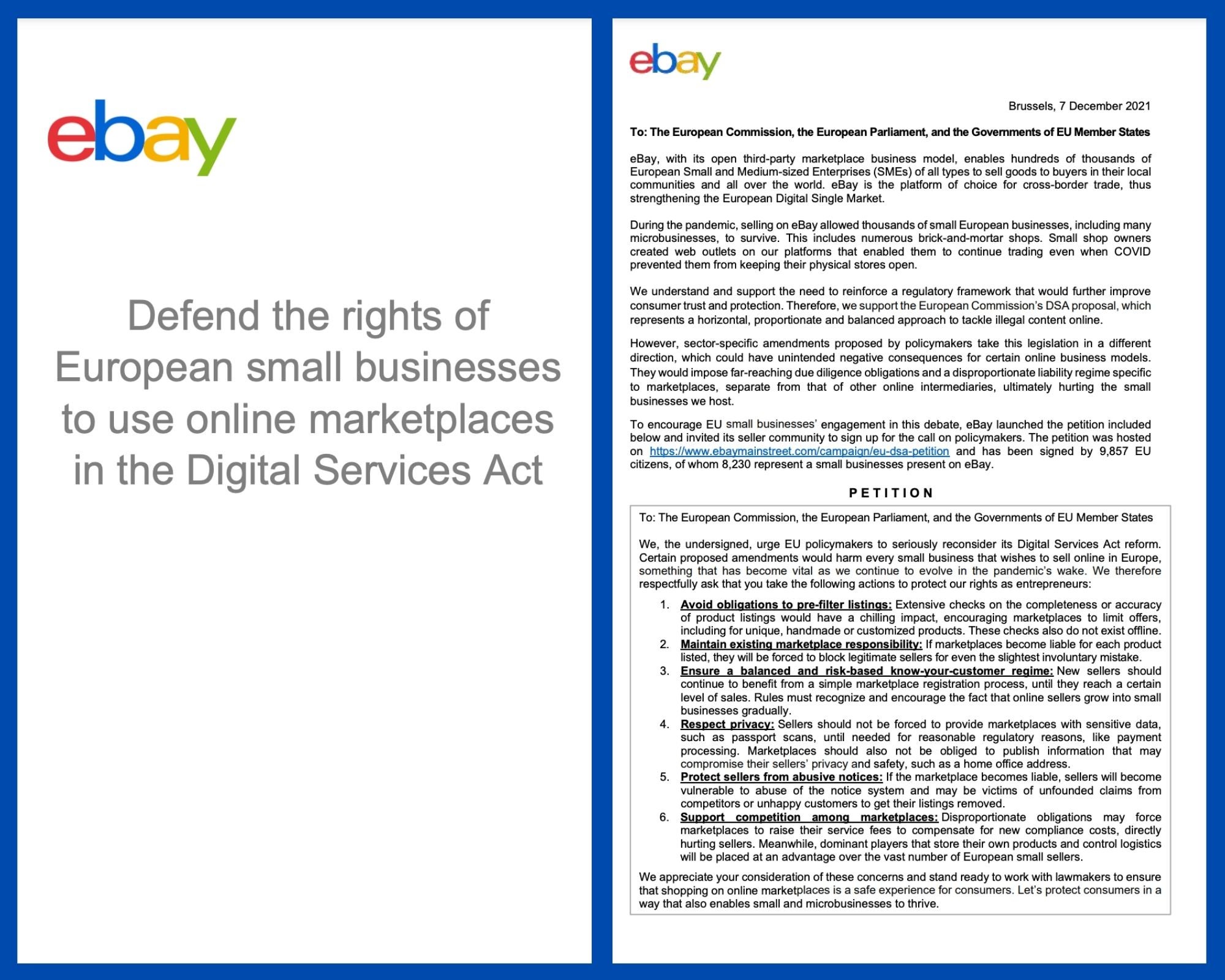