eBay CEO on Technology, Policy, and the Issues Shaping the Next 20 Years 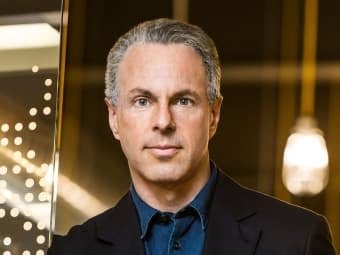 On Thursday evening, eBay Chief Executive Devin Wenig discussed issues that will define the future of a technology-enabled economy, policies that will impact innovation, and the relationship between the tech sector and government.

Wenig is in Washington D.C. with a group of small business owners who sell on eBay to discuss various policy and regulatory issues involved in selling online and across borders. About 25 eBay sellers – from all over the U.S. – spent the day meeting with Members of Congress advocating for policies that will help break down trade barriers and support their online businesses.

Below are excerpts from Wenig’s speech at the gala.

“It’s not at all inevitable that the landscape that we all operate in and the Internet that we know and love would have been the Internet if you dial back to 10 or 15 years ago. You can point to 3 or 4 decisions that were made around things like privacy – if they had broken in different ways, you could have had an Internet today that was balkanized, censored…. fundamentally different.”

“It came down to the efforts of people like you in the room who painted a picture of what this distribution highway could be. And frankly I’m sure that in 2003 that was a scary vision. I think we are back at a moment like that.”

“There are three issues that, when we look from an eBay perspective, are seminal issues that will define our company and define our industry. There is a whole theme of enabling innovation. There are moments when we love innovation, and moments when we sort of love innovation but it’s a little scary. We like it as long as nobody’s feelings are hurt. I’ll start with the sharing economy. It’s about sustainability, it’s about creating jobs, it’s about matching supply and demand. I think of eBay as the founding father of the sharing economy and now new great companies -- many of whom are in this room -- are picking up the mantle and doing incredible things.

But we are starting to hear some of the war drums, particularly in this political season, that innovation is only for the elite, it’s not for real people. The reality of innovation and disruption is that it actually is unseating people and making people uncomfortable but it isn’t a class issue. It’s never been a class issue. Things like the sharing economy have got to be enabled.

ON GLOBAL ECONOMIES AND TRADE:

It is remarkable to me that we are having a debate about free trade. The world’s most innovative, productive, and efficient economy is debating whether to self select out of 90% of the world’s markets. In some ways the Internet was tailor-made for the American economy---a low cost and friction-free distribution highway for ideas, innovation and products.

It’s an easy issue to demagogue. And, there are some real issues in there. I don’t want to be flippant about it. But the reality is, the Internet is about freedom, it’s about distribution, it’s about low cost. And we have to fight for trade. Because trade, the Internet, and distribution go hand in hand. The reality is that we are moving to a global world. We can demagogue about walls, physical or metaphorical all we want. This market is global, and a global market is good for our companies, it’s good for our country. Its critical for us to be able to grow in the future.

Closing markets off may feel safe, but it is not the way to create economic or physical security in the long term.